Mistress Sasara tortures guy for letting her down

Mistress Sasara had banked her hopes on this guy. She wanted him to help her with an issue which he had claimed he was an expert in but he was not. She was pissed that he could lie to her yet he knew how desperate she was and how much she needed someone who knew what he was doing. For that, she punished him cruelly. The mistress used her foot domination fetish to torture him and to make sure he learned never to lie and let down people again. 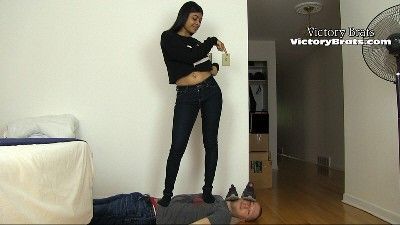